Until the early 19th century the area where Bournemouth now stands was just heathland where cattle grazed. Then in 1810 a man named Tregonwell visited the beach with his wife. She loved the area and persuaded him to build a house there. He purchased eight half acres and built a house with cottages for his butler and gardener. Tregonwell can be regarded as the first inhabitant of Bournemouth although his house stood alone.

By 1840 a little village had been built at Bournemouth. In that year the stagecoach, which travelled from Southampton to Weymouth, began to call at Bournemouth, a sure sign that the village had arrived. The same year a guide book for the resort was published.

The date of the first Bournemouth Canine Association Championship Show was on Wednesday 1st June 1927. It was a cold month on record since 1763 and the coldest June in Edinburgh.

The first Show was held at Meyrick Park, Bournemouth Canine Association then moved to Dean Park in the centre of Bournemouth and stayed there until early 1969.

From there the Show moved to Canford Magna, Poole. Then on having to leave Canford Magna, we manage to hire a farmer’s  ground  in Sturminster Marshall for one year only.  The Show then moved again to New Park at Brockenhurst and stayed there till 2011 and finally Bournemouth Canine Association purchased its own ground in 2011 and the Show moved to Pikes Farm, Organford in 2012. Each year we are continually making improvements to the Showground.

The most exciting thing about the move to Pikes Farm is that the Show is now back home in the area it started. Pikes Farm Showground is only 11 miles from where the first Show held 94 years ago in 1927. 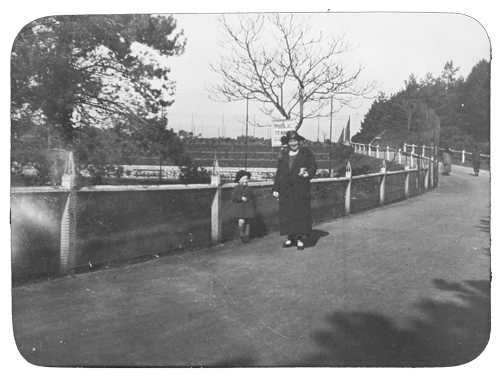 The Site of the first BCA Show – Meyrick Park, Bournemouth

One of the first Bournemouth Show Schedules

over 5000 people each year visit our show

Our show attracts visitors from all over the  country and overseas.

There are 24 Championship Dog Shows up and down the country. These shows are the stepping stone for Dogs to enter Cruffs!

is the current BCA Secretary

We have been hosting the show at Pikes Farm Showground since 2012. There is over 50 acres of space.

Our first ever show was held at Meyrick Park in Bournemouth

OUR FIRST Championship Show Was held in 1927